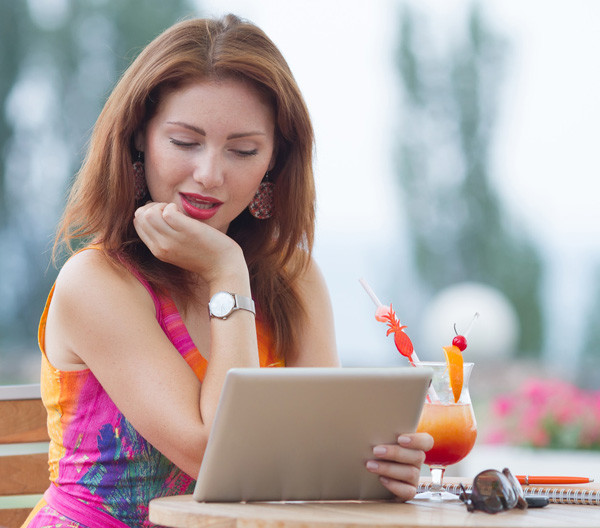 Right now just imagine you are applying for a new kickass job. It is essential to stand out from the crowd to have a chance. You could well be the best thing since sliced bread, but it all comes down to how you convey yourself.

Let’s say you have just developed a ground-breaking product, but your advertising and marketing is piss-poor. It simply wouldn’t sell like it should.

Now back to online dating, what to write?  A hot girl receives her 26th message that day from yet another guy. She immediately checks out his profile, glances at his photos but still needs a little more convincing to really spark some attraction. Now she reads through his profile; apparently he’s sociable, adventurous, open minded, intelligent, hard-working and has a great sense of humour. It’s easy for anyone to state these favourable character traits, but how does she know you’re for real?

You wouldn’t immediately buy an expensive new product because they told you it’s good.  Not without evidence. Even when it uses catchy words to make it sound amazing, most of us are not fully convinced until we see it in action. Similarly a girl is unlikely to truly believe you are who you say you are without proof. Simply stating who and what you are is rarely enough to stand out from the crowd.

So instead of plying your profile with numerous great adjectives promising you are this or that, try to approach from a difference angle. One simple yet surprisingly effective technique is to use something called the Show Don’t Tell Principle.

Start by writing down 5-6 attractive adjectives that you feel describes you best, then demonstrate them using a personal story or experience.

Let’s say you are “adventurous”.  Why not include that story of the time you took a dune buggy far out into an exotic desert and flipped it, rendering it immobile. Then you had to survive on the juice of cacti for a week until help arrived… This small anecdote instantly demonstrates numerous attractive qualities you posses.

If you’re “open-minded” and “always trying new things” you could mention that whilst travelling Vietnam you once devoured the still beating heart of a king cobra when a guy told you it would guarantee you long life…Whether she believes this particular tale or not, you are fueling her imagination compared to “I’m open-minded, and I like to try new things”.

Your experiences don’t always have to be far out and crazy, they simply have to be interesting and relevant to whom you are.  By doing this, you begin to actually show women why you are attractive, as opposed to simply telling them. You could talk about how you would love to become a personal trainer, already having helped friends and family surpass their fitness goals, while subtly hinting that you’re in damn fine shape yourself.  Rather than telling, you’re demonstrating a track record of determination, hard work and compassion to help others. This is going to have a more profound effect than simply stating “I’m really into fitness” or “I work out at the gym regularly”.

This technique is nothing new and fancy, it has actually been used very successfully in the advertising industry for years. People don’t like to be told what to think, it is much more effective to encourage people to see something’s worth through stories and experiences.

When it comes to your online dating, what to write starts with crafting a show-don’t-tell profile, or outsource to a dating profile writer, who will pull a girl into your own reality, allowing them to come to the realization that you’re awesome, without even mentioning it.

Contributor at Personal Dating Assistants
Vincent Winters is armed with an insatiable hunger for knowledge, a zest for life and an entrepreneurial spirit, he has embarked on a quest to escape his old 9-5 lifestyle. In his travels, valuable lessons have been learnt in alluring the opposite sex, he hopes he can inspire you with his words.