How to Catch A Catfish Online – By Personal Dating Assistants 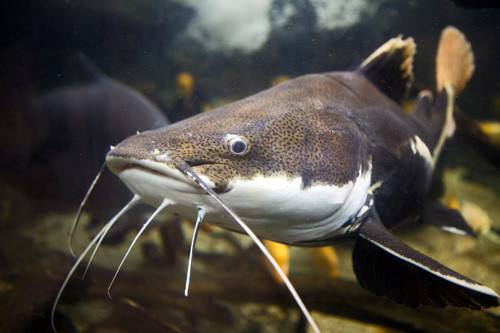 From the Urban Dictionary: A catfish is someone who pretends to be someone they’re not using Facebook or other social media to create false identities, particularly to pursue deceptive online romances.

We all make jokes about serial killers and pervs prowling the web, but the far more likely risk is running into the ubiquitous online dating “catfish.” You spend an hour chatting with a Scarlett Johansson look-alike and then Joan Rivers saunter into the restaurant while you try to disappear into the upholstery. So how to catch a catfish online?  In the spirit of saving you a red-faced night of panic, praying you won’t see someone you know, here are some tips for making sure you don’t get “catfished” online”.

A few things to watch out for that might suggest a woman is misrepresenting herself:

Social media is a great place to dig up the truth before agreeing to anything. Dating profiles are sometimes limited, but most women, even the so-so ones, have tons of images plastered across social media.

There are a few ways to go about getting this info:

In this department, take a cue from the ladies. Women with options are smart when it comes to leaving an out on dates. And it’s not entirely uncommon for them to instruct a girlfriend to phone about an hour or two into a date she’s unsure about.
The idea is that if she wants to make a graceful exit, she can say an emergency came up and she has to run.

Won’t your date know you’re lying? Well, if she’s a catfish online dating, she’s probably not beating her dates away with a stick. On top of that, the idea behind the escape plan isn’t so much that she won’t suspect anything; it’s more about plausible deniability and allowing you both a chance to save face.

Remember, she’s the one who misrepresented herself; there’s nothing for you to feel guilty about.

It’s not foolproof – some of these girls are just plain crazy – but sometimes straightforward is the best policy. There are a few ways I’ve asked women for the truth in the past.

One is to just come out and ask how legit her pics are. Frame it as wanting to “make sure you’re not a 65-year-old man named Harry,” but be clear that you expect an honest answer.

Another tactic to catch a catfish online is telling her about a bad experience meeting a girl in the past who didn’t live up to her profile. If she’s also misrepresenting herself, chances are she’ll get nervous and give herself away or disappear. You can also follow up the “story” by directly asking about her pics.

Be sure to keep all this light-hearted.

5. When In Doubt, Head to Video

Video is far more honest than photos, so it’s not a bad idea to get a woman on a quick video chat before you meet up. The two downfalls to this strategy is that it creates yet one more barrier to the meet-up and that if any awkwardness transpires she may disappear. Keep it short and sweet.

First dates with someone you met online should always be low-pressure. Never shoot for the whole dinner and a movie thing coming right out of the gate – that displays a bit too much investment in a woman you don’t know anyhow.

Something brief, like a cup of coffee or a happy hour cocktail, sends the signal that you won’t be hanging out long. Of course, most women intuitively know you’ll go somewhere else after the initial screening, but it gives you the opportunity to make an excuse if she shows up looking like Freddy Kruger.
This type of date also makes it more likely a good-looking woman will say yes. You might even throw in a white lie about having to meet your lawyer after.

Don’t let all this talk of man-eating online catfish scare you away from the rewards of meeting women on the web, but it doesn’t hurt to put some thought into this ahead of time. “Hope for the best but prepare for the worst,” as they say. With these simple tips, you can get out there flirting with your mind at ease.

Want more help navigating the pitfalls of dating online? Or how about accessing a dating outsourcing team that can put your “lead-generation” on autopilot? Get in touch today.

Dating Advisor at Personal Dating Assistants
Beyond Borders is a writer and personal dating advisor who spends his time in the world's more rugged places, seeking adventure, chasing girls, and making questionable decisions whenever possible. He's a bit rough around the edges but has been known to take breaks from living life full throttle and surprise readers with the occasional wisdom bomb.

Latest posts by Beyond Borders (see all)