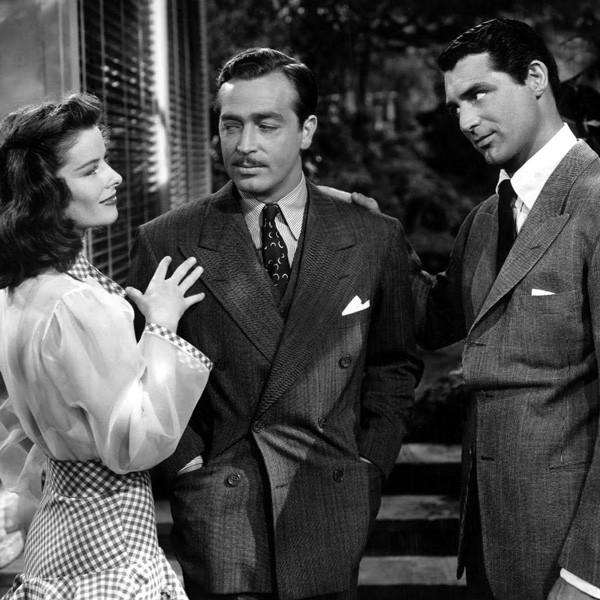 One, the Average Joe. Joe is college educated, fairly successful in his career, has his own transportation and a place to call his own. He’s now looking to share his adventure with a lovely young lady.

The second, we’ll call The Gentleman. The Gentleman is Average Joe’s co-worker. Both are single, and screening women for long term dating potential.  They are almost exactly alike, except for The Gentleman thinks about things just a little deeper. Same fairly successful career, but The Gentleman trades some of his salary to work at home on occasion. He does not have a car, but he lives downtown. The Gentleman is also looking for a nice young lady to accompany him on his journey.

Both are fairly busy with their lives. When not working, both are either in the gym or pursuing some interest. Joe spends his free time rock climbing and hiking, and The Gentleman goes to lectures about architecture.  Even with active social lives with work, family and friends, they both turn to online dating to cast a wider net.

Average Joe and The Gentleman both read about how to stand out in the online world. Both have good photos for their profiles. Both have crafted profiles that attract the right kind of girl for them. Once set up, they look through the universe of women. Seems every girl in town is on this website, including some they recognize from work and their old colleges.

To sort through the mess, they do what everyone does, they filter:

• Eye color – Again Joe doesn’t Care, and The Gentleman has a thing for green

• Body type – Joe has learned that anything other than athletic or fit, isn’t going to match his active lifestyle. The Gentleman also has experience in this realm

• Education – Joe picks all of the above, and The Gentleman specifies college but no more.

Rather than engage in the tedium of sending messages, hoping for a reply, fishing for common interests, to get that first meeting, both are wise enough to let a service do most of the work. The Gentleman tells the agency to focus on women who mention cooking.

Joe believes he’s specified enough, anyone who can meet these basic criteria will probably be a good match for him.

Quicker than either would believe, they have matches made, numbers are exchanged, and a date is a set.  Joe opts for the classic dinner and a movie. The Gentleman knows this great little cocktail bar in his neighborhood that’s great for drinks, people watching, and discussion.

Like every online match, there’s a little bit of blind faith involved. Do I like my picture? Does she? When you think about it, all the online communications were brief, mere snapshots of how much you can get from a real conversation.

Face to face is where the chemistry happens.  As introductions are made, that’s when both Joe and The Gentleman flesh out their online personas and find out about their dates.  Through the conversation, Joe has a standard battery of questions.

• Where’d you go to school?

• Where do you work?

• What are your hobbies?

For most guys, these are the sort of things that the want to know upfront if they’re even considering a long term match. The online portion of the screening handles the basic physical requirements and demographic statistics.

She answers, and Joe is generally pleased. She asks the same of him, and he tells her what she wants to hear. On paper they looked good, and in real life they seem to be a good match.

80% done, Joe keeps an eye for obvious red flags, like whether she flirts with the waiter, or curses like a sailor. He is also looking for obvious green lights, like he laughing at his jokes, and her willingness to let her hair down a bit.

But that’s pretty much the end of Average Joe’s screening.

Since that first date went well, Average Joe will go on subsequent dates. A few months later, suddenly they’re in a relationship. Getting past the half year mark, the pressure of “Where’s this thing going” starts to build.

In these 7 month, Joe has discovered more about the girl than he ever wanted to know.  She may be his ideal on paper, but her quirky little habits that used to be so cute, not only get on his nerves – but they point towards to character traits that he definitely does not like. Long term, they probably won’t work out. But he loves this girl and she loves him. Breaking up now is the farthest thing from his mind.  Was there any way that he could uncover some painful truths about a girl he’s getting serious with from the very beginning?

What about The Gentleman?

The Gentleman knows that those first few months of a relationship are the honey moon. Everything is great, and both parties are on the best behavior.

The Gentleman also knows that as time goes on, the basis of the relationship changes, and he gets used to her blonde hair, green eyes, and lithe figure.

Even though The Gentleman is perfectly happy with a couple of dates, or even a torrid love affair, he’s careful about who he spends time with.

Where the average guy was unwittingly making a long term decision based on his short term experience with his date, The Gentleman knows that important things can be learned from that first date.  What is she really like?  What is she really about?  The Gentleman can look past her basic biological facts and social standing, and look deep into her character.  The first few outings with a new girl will always be full of fun and life, and it’s not likely that they’ll face any serious issues in the beginning.

Average Joe might ask his new girlfriend if she would stick around if he got disfigured in a car accident. Or whether she would have his back if his company goes through layoffs. Joe might contemplate the obvious issues that a couple may face on their journey together.

The Gentleman thinks beyond the basic issues.

In order to screen for long term potential, The Gentleman thinks about his past romances.  Every girl is a unique snowflake. Yet all snow melts just the same.  She may be a great cook, but she hates to do dishes.  She might make a good salary and have good credit, but she expects her boyfriend to fund their lifestyle. Her money is her money, and his money is their money, and their money is really her money.  She may be close to her family, but she has no problem divulging everything about their relationship to everyone in her family.

The Gentleman hasn’t always been savvy when it comes to the realities of a relationship. He’s been out with girls that ended up not being the one because of issues that he didn’t even think about at the beginning.  But the Gentleman wants to get these kinds of things out of a girl before anything serious really happens.

If the average guy were to think about these things, things that he’s found in past relationships that annoyed him, he’d bluntly ask her these things on the first date.

The Gentleman does not do anything bluntly.

The Gentleman is savvy. The Gentleman is smart.  The Gentleman will pluck a story out of current events that deals with his concerns. He will tell that story as part of his banter and gauge his date’s reaction.  He may never ask a question, but will make mental notes of the kinds of things that she says, and how she reaches those conclusions.  So if a famous musician and socialite are planning a courthouse wedding, he will tell the story and see what she thinks.  How does she describe their wedding? Undoubtedly she will easily launch into what she would want, and what she thinks is right. And the more she talks, the more The Gentleman knows about her character, and the more The Gentleman will know if this is the right one for him.

What should the Average Joe do?

1. He should think about his past relationships

2. What were the good things about her

3. What were the good things about the relationship

4. What were the challenging things about her

5. What were the challenging things about the relationship

With those in mind, the Average Joe can start to think of stories, observations, jokes, and questions that will engage his date’s mind, and get her to draw from her own experience.  If he’s concerned that his date’s commitment to fitness doesn’t match his own, he might talk about that couple that he sees going to the gym, and how they bring their teenage son.  Has she seen that before?  What does she think?

Little by little Joe can uncover her feelings as well as her experiences about anything without putting her to a direct question which would put her on the defensive.

Do you want to be Joe, or the Gentleman?

Contributor at Personal Dating Assistants
Scarlet P is a grizzled veteran of the Game, with more scars than trophies.He offer a bit of sanity and strategy for the weary.