Do You Make These 5 Online Dating Mistakes? 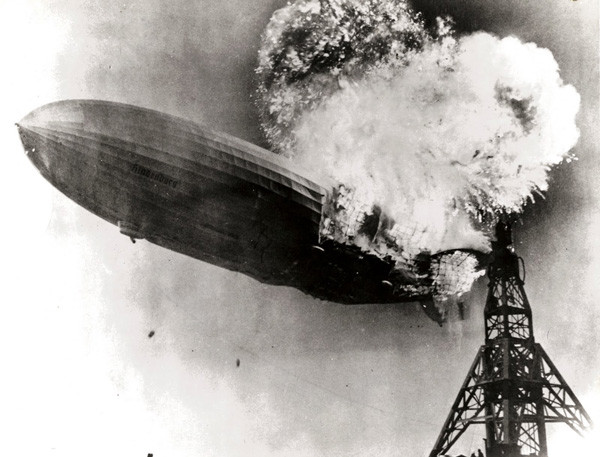 Let’s face it, the dynamic between the sexes isn’t quite the same in the virtual world as it is in the real world. Online, the best-looking women are getting hammered with more messages and indications of interest than any normal human could possibly process.

And while being an attractive, successful man is a huge first step in standing out, it also pays to get some experienced advice so you can avoid typical blunders and put your best foot forward with each and every approach.

The thing is that it’s hard to avoid online dating mistakes if you don’t exactly what you should be doing to begin with. Coming new to the online dating game is kind of like jumping into a boxing match blindfolded. Sure, you’ll probably make some connections, but you’ll also do a lot of flailing along the way.

To help you come out of the gate with a bit less chaos on your first bout, here are some basic mistakes you might be making that really deteriorate your odds.

A lot of guys really have their act together and expect the package to sell itself. But desirable women want more than just a laundry list of great qualifications. Remember, they have a lot of men approaching them online – the number of messages can be a bit overwhelming.

So you need a strategy for standing out.

One such strategy is to communicate your real personality through your dating profile by showing off what sets you apart – like your “unique selling positions,” if you will.

There are several ways you can do this. Start by picking a clever nickname rather than simply using your given name – something that communicates the most attractive component of your personality immediately. Then continue that brand by working it into your profile and photos.

Be conscious of the message you want to send and then maximize it.

Online Dating Mistake #2: Assuming You Know Which Photos Are Your Most Attractive

You probably have a few photos that you use for profile pics on Facebook, LinkedIn, or other accounts, and the first impulse is to upload them to the dating profile and show your best stuff.

The problem is that often other people aren’t as impressed by those photos as you are –  humans can be poor judges of when they look their best.

You know who DOES know what a hot guy looks like?

So try this. Ask a female friend whose opinion you respect to take a look through your photos and pick something for you. Women love playing matchmaker, so most will jump to contribute. You can also try getting a few social savvy friends in on it for a consensus opinion.

Another idea, if you’re feeling confident, is to upload your photo to HotOrNot.com, a website where you invite people to rate your photo for you, and let strangers decide. Use the photos that get the best ratings as your profile pics and you can’t go wrong.

Online Dating Mistake #3: Getting to Know Women Too Well Too Soon

Another big mistake I see guys making is spending way too much time getting to know women before taking the conversation to the streets. There’s a real risk of losing her interest early on if you don’t move the “relationship” forward – since women are so distracted online, they can easy move on to something new.

That’s why it’s crucial to shoot fro a meet-up ASAP while the interest is still fresh. If she balks, just tell her you’re busy, don’t like spending too much time online, or prefer real human interaction.

You don’t have to be rude about it – the trick is just to lead and move things forward.

There’s a chance that some women will get cold feet and run away, so this move can be polarizing. But most women will get the message: you do things your way, and you aren’t intimidated about meeting face-to-face like some guys who date online are.

Women who aren’t serious about meeting up in person can be time-wasters anyhow.

Online Dating Mistake #4: Messaging Every Great Lead at Once

A lot of guys approach online dating like it’s a numbers game. And I admit that to an extent it is.

The problem with messaging all the hottest women within driving distance at this stage of the game, though, is that you don’t know what you’re doing yet. It’s okay to crash and burn sometimes as you learn, but don’t tear through all your leads at once while doing so.

Take it a bit slower, and you can learn from each “approach” and tailor your strategy as you go. Find out what works and what doesn’t, and then formulate a strategy.

Or, come at it with a game-plan that’s already proven successful for someone else who has been dating online for longer than you have.

Your profile is a tricky issue. It’s a great leverage point for continuing that brand I mentioned before, and you do want to maximize it to communicate your personality and “unique selling position.”

But at the same time, you don’t want to tell her every single thing about you before you have a chance to meet.

Women like to leave something to the imagination, so the best profiles are full of spice and sprinkled with some humor but somewhat vague. Leave some mystery out there so she can learn more about you through your future conversation.

How to Shortcut the Learning Curve

Of course, these are just a small handful of all the mistakes guys new to the scene make, and believe it or not, these ones are pretty tame. There’s a lot of room for error, and often, the best online dating strategies are extremely counter-intuitive.

Communicating with a personal dating consultant offers a way to leverage the experience of someone who has already made all the online dating mistakes for you. A lot less of a learning curve. A lot faster. And better end results

Get in touch with one of our dating professionals today.

Dating Advisor at Personal Dating Assistants
Beyond Borders is a writer and personal dating advisor who spends his time in the world's more rugged places, seeking adventure, chasing girls, and making questionable decisions whenever possible. He's a bit rough around the edges but has been known to take breaks from living life full throttle and surprise readers with the occasional wisdom bomb.

Latest posts by Beyond Borders (see all)